Sometimes a content marketing strategy gets some pretty unexpected results. But when a blog post gets a New York City dentist into a Google commercial on TV in the U.K., well, it’s something pretty rare.

About five years ago I took on a new client, Dr. Michael Sinkin. Dr. Sinkin is a dentist in New York City…and he had a problem. His patient base was getting older and older and he had to find a cost-effective way to attract younger people to his practice.

When I recommended to Dr. Sinkin that a good strategy might be to start a blog, he looked at me with astonishment. He couldn’t begin to guess what he would blog about, why anyone would read his blogs, or imagine how blogging would have an impact on his practice.

Since starting his blog, Dr. Sinkin’s website has experienced an increase of 500% in visits. But the important thing is this is: 30% of the new patients walking in the door found him directly through his blogs.

OK, so that’s all great, but how did Dr. Sinkin get into a Google ad in the UK?

A few months ago, out of the blue, I was contacted by an advertising agency in Amsterdam in regard to Dr. Sinkin’s blog. The agency had been hired by Google to create a campaign for the mobile app, Ask Google and they wanted permission to use one of his blog posts in an ad.

Dr. Sinkin has a great sense of humor. In between penning blogs such as 7 Home Remedies for Toothache and What To Do If Your Tooth Cracks Or You Lose A Crown (which by the way have been read together over 150,000 times) he often drops in something a little lighter. An example of this is 7 Ways To Stop Brain Freeze, published in 2012, which is what the ad agency was interested in.

It went like this: the agency in Amsterdam searched for an article about brain freeze. Dr. Sinkin’s blog post came up on Google at the top of the list. (If you’ve ever wondered if blogs improve a company’s visibility, wonder no more!). They decided that it was perfect for the ad. And we said yes.

So, beginning a few weeks ago and for the next 6 months, Dr. Sinkin’s blog will be on the TV screens of millions of people across the UK. And strangely enough, his office has received quite a number of appointment requests from Brits who will be visiting New York City in the near future. 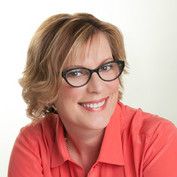 Learn how to blog and use social media to magnetize your website and attract tons of qualified leads from the web. Blog School is the only training of its kind. It's designed for businesses that are ready to get to the next level of success using the web. Click on Blog School to learn more.